NM EPSCoR Impacts: O The Places You Will Go 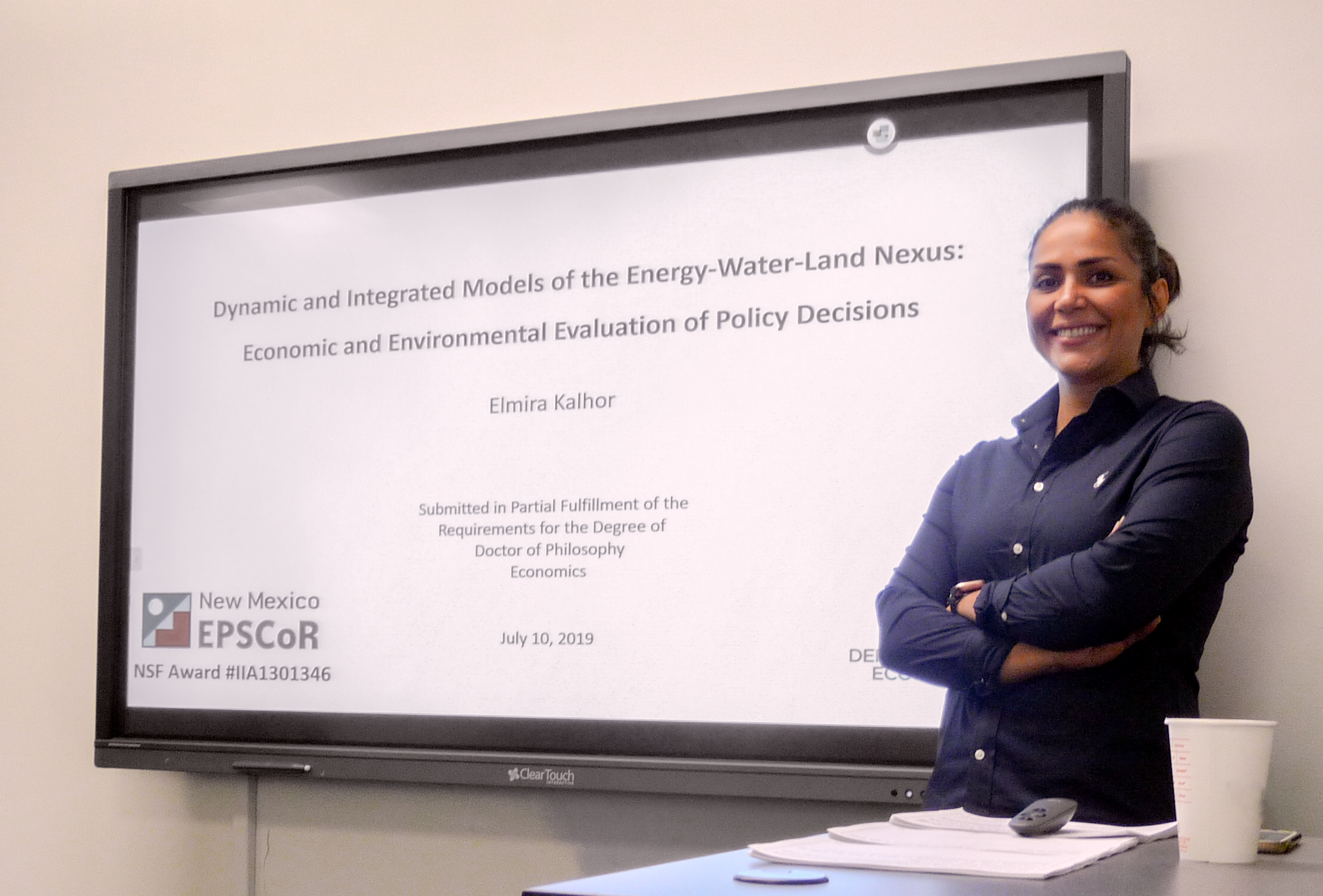 Dr. Seuss succinctly captures the anticipation and pride all mentors/parents feel when they imagine the future for those they’ve cultivated. The sentiment is no different for Janie Chermak, Professor of Economics at UNM, who has been actively involved with EPSCoR for the past eleven years.

“It’s so nice to watch them move from being a student to being a self-sufficient researcher,” Professor Chermak says from a chair in her cheerily lit office.

The list of her students’ successes is long and begins somewhere around 2008 with Jason Hanson. Hired under the “Climate Change Impacts on New Mexico’s Mountain Sources of Water” NM EPSCoR project, Jason’s work focused on the intersection of economics, water, and policy. In 2009 he completed a PhD in Natural Resource and Environmental Economics and in 2010 won the Tom L. Popejoy dissertation prize for his outstanding academic excellence. Jason went from UNM to the Naval Postgraduate School where he taught graduate-level courses on effective and efficient resource management before accepting a position at Idaho National Laboratory as a Senior Research Economist.

“I had another student, James Price, who was supported by NM EPSCoR in 2012,” Chermak remembers. “After graduating he did a couple of post-docs with really well-known water economists and he was recently offered a position at the University of Wisconsin - Milwaukee in the School of Fresh Water Sciences

Fast forward to the present and the achievements get even more impressive. Take Elmira Kalhor, for example. Hired as a graduate research assistant under the “Energize New Mexico” project while she was earning a PhD in Civil & Environmental Engineering, Elmira worked with Chermak on—among other things—petroleum and natural gas economics looking at what factors drive new well drilling. She also was part of a larger team that worked on developing a statewide, interdisciplinary model of energy, water, environment and economics.

“It was so obvious much of what she was doing for her Civil Engineering degree was economics,” explains Chermak, “so I suggested she get an Economics PhD and she took me up on the offer.” Now, with dual PhDs in hand, Elmira heads to Princeton to work with a group run by Michael Oppenheimer, one of the recipients of the Nobel Peace Prize for Climate Change in 2007.

Katie Zemlick, is another success story. Hired at the same time as Elmira, she finished her PhD in Civil & Environmental Engineering and received an NSF post-doc. “For the past year-plus she has been working for Sandia National Labs, and just accepted a position at the New Mexico Office of the State Engineer. She’s a great example of cultivating home-grown talent and keeping them here,” Chermak beams. And Katie is not the only one who is staying in New Mexico. Jamal Mamkhezri, another NM EPSCoR project Graduate Research Assistant recently landed a tenure-track position at NMSU as an Assistant Professor of Economics.

The list goes to twelve Ph.D. students in total, with all except one securing an admirable placement upon graduating. Practically glowing, Chermak continues, “I am proud of every one of them. I think their placements have been excellent and that had a lot to do with their involvement with EPSCoR.”

Professor Chermak is only one of the many EPSCoR faculty. The successes of her EPSCoR students and the countless others gives hope to a world mired in discouragement and highlights the positive impacts NM EPSCoR projects have long after the final reporting paperwork is submitted to NSF. So, to all previous, present, and future EPSCoR team members, thank you, and remember, we want to know…

…all the places you will go.