New Mexico State University among the top 25 in the country 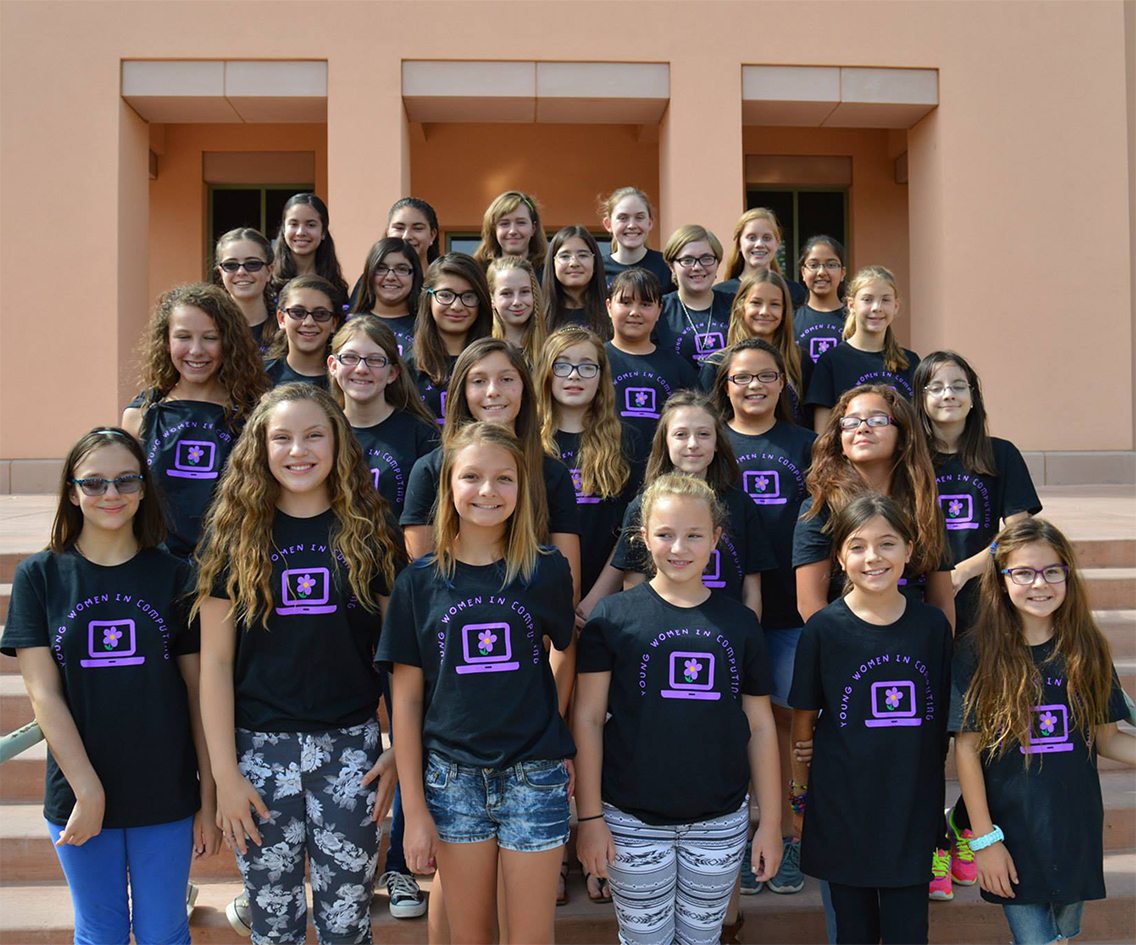 New Mexico State University (NMSU) was named among the top 25 four-year public institutions in the nation for enrolling and graduating women in computer science, according to a recent analysis by “The Chronicle of Higher Education.” Released in February, the report uses U.S. Department of Education data from 2016 and 2017. NMSU ranked 22nd on a list that included more than 200 institutions, a significant achievement for NMSU.

However, no one in the NMSU computer science department is surprised. “This is something we have been working towards for a long time,” says Enrico Pontelli, Dean of NMSU’s College of Arts and Sciences and NMSU lead for the NM EPSCoR SMART Grid Center. Pontelli and his team ramped up efforts to recruit and graduate more women after realizing, “that our numbers of undergraduate women enrolled in computer science [had] tanked to about eight percent” around 2006.

They responded by forming the NMSU Young Women in Computing (YWiC) program, which encourages female participation in computer science through summer camps, internships, and a mentorship program.

Pontelli established the program in 2006 through a National Science Foundation (NSF) award that funded a summer camp for high school students. An overwhelming success, YWiC was expanded to include additional academic year experiences, and in 2014 the program received another NSF award. When a colleague leading the NM EPSCoR Growing Up Thinking Computationally (GUTC) program moved out of state, Enrico volunteered to assume her outreach obligations: “It became natural to combine the EPSCoR outreach with the YWiC efforts.”

The number of women NMSU enrolls and graduates in computer science every year is impressive, but the NMSU team is not done. NMSU's computer science faculty are active members of the NM SMART Grid Center, which seeks to develop the technologies and, equally important, the people needed to build New Mexico’s future electrical grid. A core component of the EPSCoR-managed SMART Grid Center is computer science and, according to Pontelli, “Right now we are missing half of the potential talent by not engaging women.”

For more information on the work being done to increase diversity in computer science at NMSU, visit the NMSU Computer Science page or read the original NMSU article covering the story.