Over 110 students, faculty, educators and administrators gathered over the weekend to celebrate science and research during the New Mexico Academy of Science (NMAS) and New Mexico EPSCoR Joint Annual Meeting & Symposium. The two organizations joined together to present findings on EPSCoR's current grant, Energize New Mexico, and the previous grant, Climate Change Impacts on New Mexico Mountain Sources of Water, as well as other topics including wildlife ecology.

The day began with announcements by NMAS, followed by representatives of Senator Tom Udall and Senator Martin Heinrich, and the luncheon keynote from Dr. Fred Phillips of New Mexico Tech. His presentation, entitled New Mexico’s Dwindling Water Supply: Can We Solve a 21st Century Problem using 19th Century Laws? focused on water sustainability and how new policies and practices can help New Mexico survive the next century with enough water for its agriculture and population. Dr. Phillips took the attendees through water use of the past century in New Mexico, looking at laws governing water use put into place in 1907 and explaining how an overhaul of the State's water management system is necessary to meet the ever-changing environment and population of the 21st century. In comparison to the original laws, Dr. Phillips said that rather than politicians, "Scientists and engineers will be the ones to solve this problem."

Water also took center stage during the oral presentation sessions; Several NM EPSCoR researchers (including many students) presented their current findings on how climate change is impacting the water quality and biodiversity in northern New Mexico watersheds. Dr. Caiti Steele of New Mexico State University (NMSU), discussed her use of climate modeling in order to predict how a warming climate, coupled with either dry or wet conditions, can impact runoff from melting snowpack. Her findings presented in the presentation, The Potential Impact of Climate Warming on Snowmelt Runoff in the Upper Rio Grande Basin, show that a warm to hot climate paired with dry conditions create the largest decline in snowpack, which in turn affects the springtime runoff, but the snowpack decline is significantly less under a warming climate paired with wetter conditions.

Other topics were discussed, including the Las Conchas fire and sustainable energy. Algae and biofuels were the topics of Dr. Juchao Yan's (Eastern New Mexico University (ENMU)) presentation, Algal Turf Scrubber for Treating Dairy Manure Effluents and Producing Sustainable Biofuel. Dr. Yan is a NM EPSCoR researcher on our Energize New Mexico grant, and is on the Bioalgal Energy Development team and the Osmotic Power Development team. Several students from New Mexico Highlands University (NMHU) presented their research (see Image 1), including many projects focused on invasive species, particularly American Bullfrogs and their effects on the ecosystems in the rivers of northern New Mexico. NM EPSCoR's own Chelsea Chee gave a presentation on the use of solar power at a Native American trading post as part of a system that saves thousands of dollars a year and produces 99.6% less CO2 emission than their traditional propane system.

The evening concluded with a Networking & Poster Session, and participants were able to walk the ballroom and see new findings presented on posters, with the authors ready to answer questions. NMAS also presented the Outstanding Science Teacher Award to two New Mexico Science Teachers: Coach John Irwin of Texico High School, and Debra Chee of Cloudcroft Middle School. All in all, it was a very smooth and successful meeting, and we look forward to even more results from our new project at the end of Year 2!

You can watch the slideshow below, including some of the sessions and the Outstanding Science Teach Award recipients, or see all the photos from the Meeting individually on our Flickr page, and take a look at all the abstracts from the presentations and posters on our Media & Resources page. 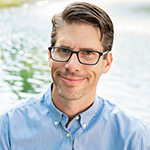 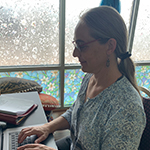