We are delighted to announce this year’s NM EPSCoR Mentor Award recipients—Dr. Caitano da Silva and Dr. Jay Misra. This award is presented annually to mentors who demonstrate excellence in supporting students’ academic, research, and career endeavors, and in creating inclusive environments for all students. Please join us in recognizing Dr. da Silva and Dr. Misra for their outstanding work in mentoring the students who will define New Mexico’s diverse future workforce.

Dr. da Silva, an Assistant Professor of Physics at New Mexico Tech (NMT) and NM SMART Grid Center Seed Award recipient, was nominated by two students, one of which explained,

Before I became a mentee to Dr. da Silva, I didn’t care much about physics, and certainly never believed I would make a career of it. I had never dreamed that one day I might be going to graduate school for physics looking to become a professor myself, with the hope one day I too can inspire someone like Dr. da Silva inspired me. The path from there to here has been a winding one, with plenty of backtracking and detours, but Dr. da Silva walked it with me, never leading me along, but letting me decide my own destination, and helping me open the doors along the way. I cannot recommend Dr. da Silva as a fantastic mentor enough. I will think of him forever as my mentor, my boss, my advisor, my professor, and also my friend.

Ten years ago, Dr. da Silva came to the United States from Brazil to start a Ph.D. at Penn State University. He is acutely aware of the hurdles Hispanic students and those from other underrepresented minority groups (URMs) face in the academic sphere:

My personal experience interacting with these students at NMT has revealed that, very often, they are not aware of the opportunities that lie ahead of them, and that something as simple as the lack of identity with their environment can be a catalyst that culminates with them dropping out. When I interact with them, I try to foster a sense of identity and belonging in physics (and STEM in general).

The support I received from faculty mentors in the past helped me succeed inside of the laboratory and classroom. However, some of my faculty mentors were not prepared (or open to) help me with much else. Now that I am on the other side of the equation, I take a completely different approach on the matter. I dedicate a substantial fraction of my time talking to students about everything else they need to succeed. I strongly believe that good mentoring can be a fast lane to student success.

Dr. Misra, a Professor in the Department of Computer Science at New Mexico State University, and a co-lead of the NM SMART Grid Center Networking Research Group, was nominated by a female graduate student specifically for his guidance, motivation, and inclusivity:

Even though I didn't have any research background he consistently motivated me to publish my work and review conference papers. He focuses on quality of work [rather] than the number, and encourages us to do presentations, write reports, and introduces us to researchers outside our university, and helps to improve our skills. In general, all his students come from different nationalities, races, and ethnicities. He is very much inclusive and always keeps the diversity in the research group...He always works hard to provide a better research environment to all his students [and] As a female student, I always feel like he maintains gender equality in his group.

For those keeping track, this is actually the second time Dr. Jay (as his students call him) has received this award, the first being in 2019 when he was nominated by then postdoc now Assistant Professor at the University of Missouri-St. Louis, Abderrahmen Mtibaa.  Both nomination letters specifically call out Dr. Jay's exceptional listening skills and devotion to the success of his mentees, "even after graduation."

Dr. Jay's sincere passion for mentoring and the joy he draws from supporting his students is made clear in his response to receiving this award. In his mentorship statement, he spends a solid page (single-spaced 11pt font) beaming about his current or previous students. He also recounts how important it was for him to serve as a mentor early on in his academic career, an experience that, "required me, early on, to cultivate and practice traits, such as patience, empathy, and understanding of the shared goal." 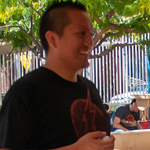 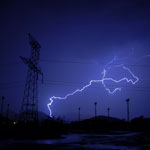